Do you feel that your pet alleviates symptoms of your depression or anxiety?

Are you wondering if your pet could qualify as an Emotional Support Animal?

An Emotional Support Animal (ESA) is a companion animal that provides therapeutic benefit to their owner. The concept of the emotional support animal might appear to some to be a recent phenomenon. However, animals have been used in human treatment since as early as the 1940s, when The American Red Cross helped veterans recover from their injuries by utilizing animals during the rehabilitation process. Formal research into Animal-Assisted Therapy (AAT) began in the 1960s, as doctors discovered the correlation of improved mood, comfort and interactions in mentally impaired patients that owned a pet.

Today, Animal-Assisted Therapy is recognized as an option of therapeutic intervention, and the use of emotional support animals is becoming more prevalent. Emotional Support Animals (ESA’s) are not to be confused with Service Animals, which are dogs that are specifically trained to perform tasks and assist an individual with a disability in a variety of ways.

While some people may argue that ESA’s are not as vital or effective as Service Animals, those who rely on an emotional support animal would be quick to disagree. People suffering with mental illness stand to gain significant relief from their symptoms of depression or anxiety. A 2018 study conducted by BioMed Central Psychiatry concluded that pets do provide benefits to people suffering from mental illness. They not only help the individual manage their condition, but they’re also useful in times of crisis.

Then you may benefit from an Emotional Support Animal screening.

As part of their individualized therapeutic plan, people with depression or anxiety can receive significant emotional support from an ESA. A support animal can help alleviate symptoms of depression and anxiety by providing comfort and affection, as well as offering hope and a sense of purpose.

If you’re suffering from depression or anxiety and have your symptoms alleviated because of the companionship and affection of your pet, reach out today.

Got Questions?
Send a Message! 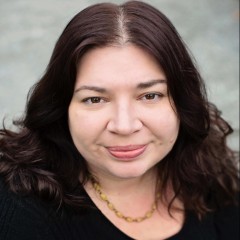